There is in Bellingham’s Fairhaven district (a fascinating place all by itself) a little park called Marine Park. Trueda and I took advantage of a low tide to spend a few hours here. The beach turned out to be mostly mud and seaweed, not an especially promising place for exploring the intertidal zone. But as Trueda pointed out, any place is interesting if you take the time to stop, look, and listen. Here are a few photographs I made while we were doing exactly that.

The first four aren’t on the beach but nonetheless made their presence known: A kayaker, a paddle boarder, a ketch, and an Amtrak train. 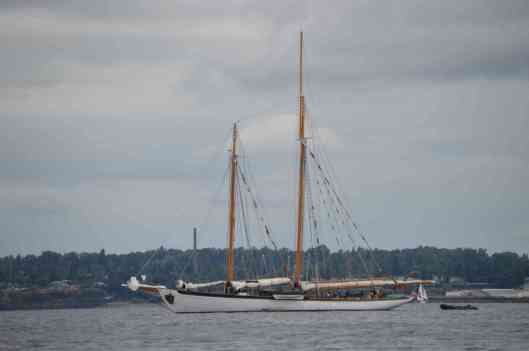 On the beach, a common crow and a less common blue heron.

Some true denizens of the intertidal zone: sea potato, sea anemone colony (closed for business until the tide comes back in), kelp, and a kelp crab. 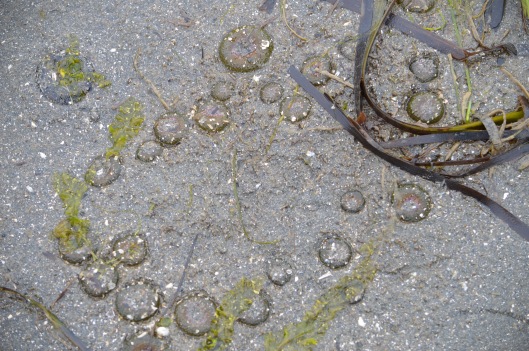 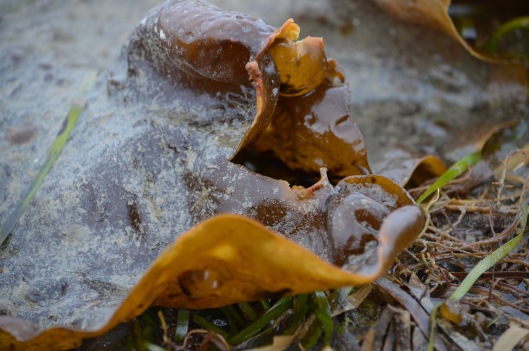