Last night was the first of two we are spending at a small wood cabin just outside of Winthrop, Washington. The cabin contains a kitchenette with an eating bar, a bathroom, a gas fireplace, nice chairs and a comfy king size bed. Oh, and the requisite TV which we have not yet used. A vaulted wood ceiling adds a feeling of spaciousness.

Our cabin is close to five other cabins but the layout of the cabins gives each a sense of privacy. The other cabins are not visible from the windows and each cabin has a view of a wooded area with a small creek flowing by. The cabins are back behind the Chewuch Inn which is our accommodation’s main building. Deer and turkeys wander through much of the Inn and cabin grounds. It’s a wonderful place to spend some down time before getting back home.

After a tasty breakfast at the Inn, we wandered through Winthrop. It seems somehow fitting that we spend our last days in this Western themed town as a counterpoint to the time we spend in “Bavarian” Leavenworth at the beginning. Winthrop dealt with the problems many small towns faced late in the last century by saving and restoring its downtown to resemble a town right out of the Old West. In fact, the town has an interesting link to the first Western novel The Virginian which the author, Owen Wister, wrote after honey-mooning in Winthrop.

When we finished wandering the little shops, we crossed the Chewuch River on a pedestrian bridge. I found the suspension bridge quite stimulating due to an inner ear problem that affects my balance. Following a path alongside the river, we passed an interesting old irrigation siphon. I don’t completely understand how it works, but the builders managed to use the river’s power to force water from a channel on one side of the river across under the river and then up 20 feet to an irrigation channel on the other side. Winthrop’s siphon pump still works today using technology known to the ancient Greeks.

Our afternoon was spent at the cabin, enjoying the wildlife, napping and reading. We ended the day by returning to town for ice cream. Michael had a chocolate milkshake and I had a waffle cone with Almond Mocha Fudge ice cream. Another nice day. It’s sad to see our trip coming to its end and yet we are ready to get back to our normal habitat and routines. 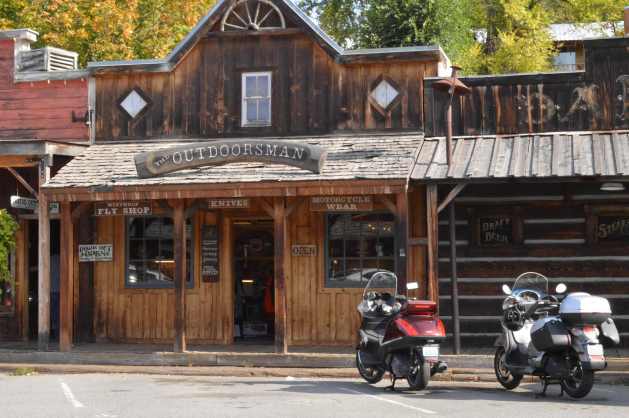 Nestled in the Methow Valley is the town of Winthrop. It is one of those towns that has seen its main industries leave, and successfully reinvented itself as tourist attraction with an old west theme. It’s a bit cheesy, I suppose, but like Leavenworth, they have done it well. We stayed two nights here.

There is a pub in Winthrop called The Old Schoolhouse Brewery. You can see the sign for it on the left side of the photograph of downtown Winthrop. We stopped in for dinner the first night. The food was good, but what really caught my attention was the clientele. An amazing variety of unique-looking people; young and old, casually dressed and very casually dressed, singles and couples and small groups. Looking from person to person, I thought to myself, “What a fascinating lot. A whole room full of people with interesting stories. I want to put these people in a story.” Trueda suggested that standing in the middle of the establishment and snapping pictures would be socially inappropriate. Rats.

The thing is, I wouldn’t even need to know their stories. I can make that part up. I just need their physical appearance. Dreaming up unique characters is tough for a writer. Having a physical image to work from is a huge help. If this is what you find at local taverns, I’m going to have to start frequenting them. With notebook in hand. I may not be able to take photographs, and I’m terrible with drawing, but I can create word sketches. An idea: drawing lessons?

Early the next morning I ventured out with my camera. A small flock of wild turkeys wanders around the neighborhood, and I was fortunate enough to find them not far from our cabin. A flock of quail were hanging out a block or so away. I fixed some coffee and set up to do some writing on the cabin deck, just in time to catch a mule deer sauntering by. 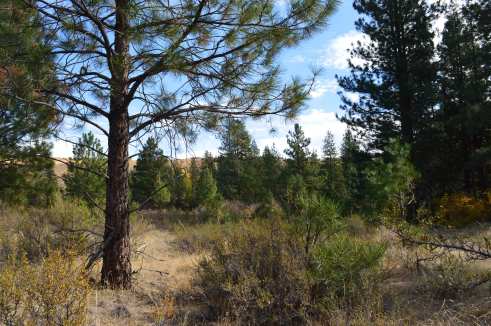 I would like to visit Winthrop again sometime. If I have time.