Trueda and I have been thinking a lot lately about where we want to live when we are no longer tied to a particular location by the demands of my job. That’s a ways off yet, but near enough on the horizon for us to begin planning for it. We currently live in a suburb of Seattle because of its proximity to employment opportunities in IT. Our next phase of life won’t have that constraint; being a writer is one of those professions you can do from pretty much anywhere. Since we don’t especially like living in the burbs, we will sell our house and move somewhere else. 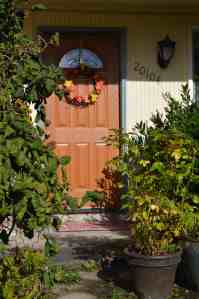 We have lived in this house longer than any place else. It was obvious, when we first saw it, that it had not been cared for. There was little by way of landscaping. It had not been painted in a long time. The appliances and furnace were past due for replacement. The roof was nearing the end of its life. And so on. But it was a basically sound house, lacking only a little TLC. And a lot of money and sweat. Over the years, we transformed it into a lovely place, complete with a secret garden in the side yard. Soon enough we will put it up for sale, and then some other family will live here. I hope it serves them as well as it served us. It was the right house for us for this part of our lives. But it is not the right house for the next phase.

We have been a nomadic family: Whatcom County, just south of the border with British Columbia, where both our children were born; Southern California, land of too much sun, too much smog, and too many people; the Berkshire Hills of western Massachusetts, with their astonishing autumn colors; New Zealand, the most beautiful place we have lived so far; finally back to Washington State, home to gray days, green landscapes and laid-back lifestyles. A few years here, a few years there, never staying in one place long enough to put down roots. Along the way, we raised two beautiful children, and lived lives full of adventure and wonder. 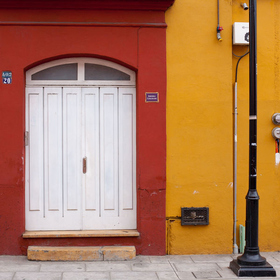 A residence in Oaxaca, Mexico

As some of you know, we are thinking seriously about becoming expats again. An expat is person temporarily or permanently residing in a country other than the one he grew up in. We were expats when we lived in New Zealand. This time we have our eye on Latin America. Say, Ecuador. Or southern Mexico. But probably not for very long. Our daughter, son-in-law and grandson live in Vancouver, Canada. I’ve heard it said that grandchildren trump everything, so I imagine we will find ourselves in Vancouver for a while at some point. Or nearby. And then off to some other interesting place. Say, Spain. Or the south of France. Or maybe we’ll buy an RV and tootle our way across Canada and back. Maybe.

Or maybe not. That’s the thing about being nomads. There aren’t any rules about where you have to live or how long you have to stay there. Wherever we go, we will live in a house or an apartment or an RV. And we will make it our home for as long as we are there.